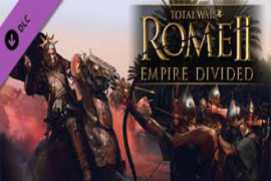 The Book of the Emperor is the last edition of ROME II, which includes an improved political system, review chains, rebalance and better photos in both campaigns and fights.

In addition, the Emperor release includes all updates and features introduced to ROME II from September. Includes integration, touch screen control, new spaces and unity as well as compatibility with Mac computers.

The Emperor August campaign package and all Emperor Edition content and features are free, with automaticupdates to all existing ROME II owners.

it is recommended that: